Marketing to improve the patient experience

How one health system makes patient satisfaction part of its DNA

Of the many trends in healthcare marketing, the most powerful focuses on the patient experience. After all, there’s money on the line. Medicare ties a full 30% of withheld reimbursements to patient experience. It also takes 22% of its star rating value from patient-reported experiences of care. That means reputation is on the line, too.

One health system is taking patient experience to another level. Ellis Medicine in New York’s Capital Region has been making patients happy for years. Their HCAHPS and social media reviews prove it, as do dozens of first-person accounts.

But that’s not enough for CEO Paul Milton. He has an ambitious vision to go far beyond patient satisfaction. He wants Ellis to be the safest, friendliest and most compassionate health system in the market. He knows that if he can do that, patient satisfaction will grow naturally.

Paul knows his vision needs more than just good procedures. After all, procedures don’t matter if hospital staff aren’t inspired to follow them. To inspire people, you need to reach them on a human, one-to-one level. But Paul, one man in a health system with thousands of employees, can’t touch everyone. His challenge is to inspire employees to support each other; to bring support and compassion to each other. That’s easier said than done.

A bold vision, a step-by-step plan

Paul’s first step was rounds. He performed 90 rounds in 90 days, visiting every department in the health system, many more than once. It gave him opportunities to connect with hundreds of employees face-to-face. He learned deeply from the experience.

His next step was a series of town hall meetings. Paul conducted numerous town hall style meetings, in which he introduced his vision and asked staff to join him. The meetings were a great success, with nearly every employee attending at least one.

With his vision clearly stated, it was time to imbue the vision into the culture. It needed to be promoted and made palpable in ways that employees could engage with. It was time to bring marketing to the table. Working with marketing, he commissioned a yearlong campaign designed to do just that.

The campaign launched with a series of videos. Videos featured employees sharing stories of coworkers helping them through difficult moments. The videos proved that many employees were already delivering friendliness and compassion. Here’s one of the videos.

The campaign also needed components that would remind employees of Paul’s vision. To do this, Ellis installed signage like the examples below in high traffic hallways, and posters in other areas. 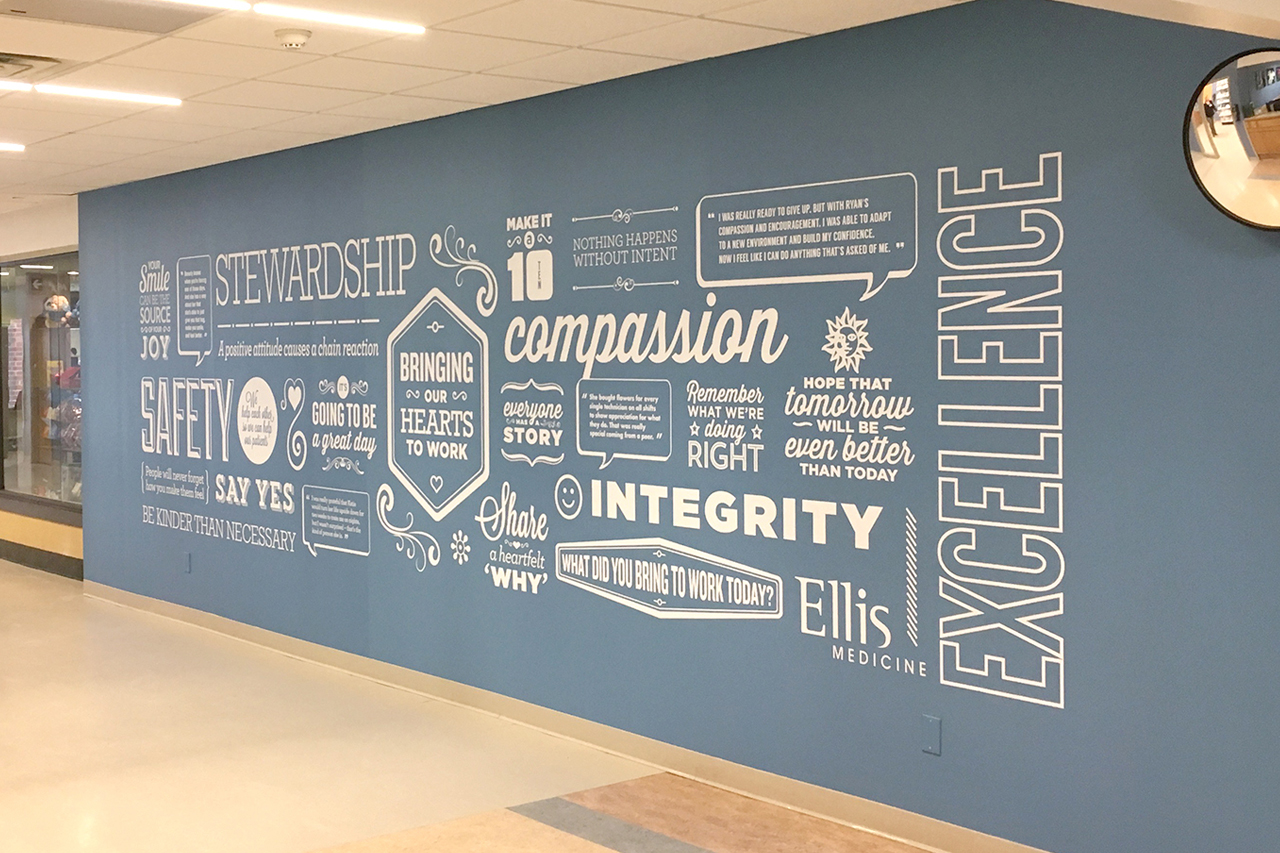 To further motivate employees, Ellis introduced quarterly challenges. In one, employees were asked to ‘catch’ coworkers exhibiting a core value, and submit the story through a branded landing page.​ 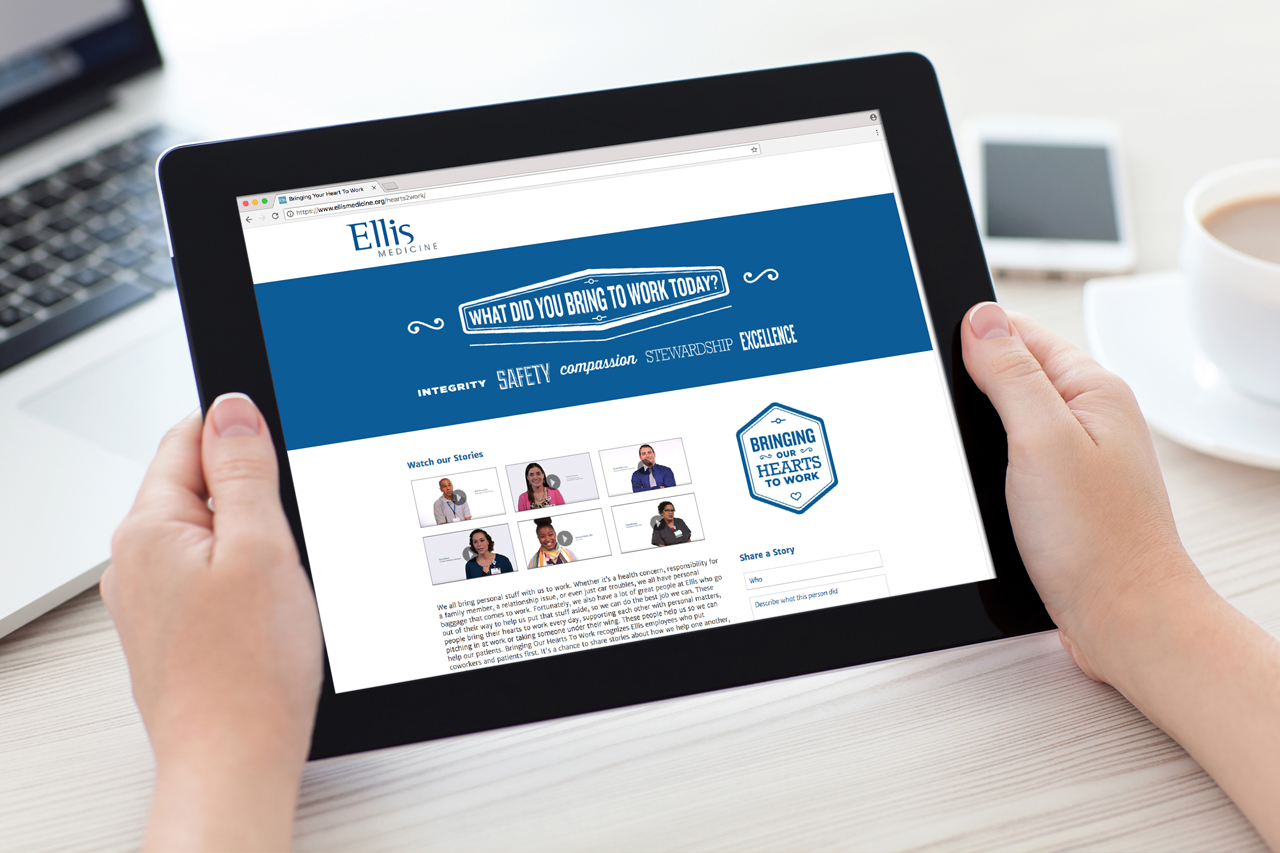 The campaign is still in its early days, but there’s been a palpable change across the organization. Employees recognize a friendlier tone in the hallways, they’re stopping to engage with signage and, most importantly, submitting stories about their coworker’s support and selflessness.