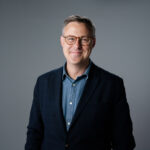 Vaccination Mandates are Good for your Healthcare System—and Your Brand

In our latest webinar, we took a deep dive into the history of vaccine mandates, hoping to find out more about their legal basis, the outrage that seems to surround them, and the wisest course we feel healthcare systems can take in the face of criticism moving forward. Click the video below to watch, or keep reading for the written overview!

“A conflict between intelligence and ignorance, civilization and barbarism…” “the greatest crime of the age,” something that will lead to “the slaughter of tens of thousands of innocent children.” No, these aren’t the latest Reddit posts on r/antivax. They’re quotes published in Cambridge, Massachusetts in 1901, in response to the rollout of a smallpox vaccination mandate.

In the early 20th century, the spread of smallpox was swift and traumatizing. With a 30% mortality rate and a lifetime of scars, blindness, and other illnesses for those who did survive, smallpox was the scourge of the age.

In response, the city of Cambridge imposed a mandatory vaccination requirement. Health workers went door to door in the company of police officers to vaccinate individuals directly, while those who didn’t comply faced a $5 fine ($150 in today’s dollars).

Then as now, there was a vocal contingent of those who refused, and who claimed the mandate infringed on personal liberties guaranteed by the Constitution. Indeed, one citizen, a Swedish-born pastor, Henning Jacobson, took his case all the way to the Supreme Court.

In 1905, the high court found that states could “reasonably” infringe upon personal freedoms during a public health crisis. (The full text of that ruling, for those interested: “the rights of the individual in respect of his liberty may at times, under the pressure of great dangers, be subjected to such restraint, to be enforced by reasonable regulations, as the safety of the general public may demand.”)

This established what has since been called the “reasonableness” test. It could be said that, beyond a legal and political precedent, the reasonableness test is what organizations, especially healthcare organizations, are currently using to undergird their own vaccine mandates: that under the pressure of great dangers, the safety of the general public demands we use them.

However, there are legal limits to the scope of Jacobson v. Massachusetts, limits set near the beginning of the COVID-19 pandemic. The applicability of Jacobson to justify the closure of churches and synagogues was rejected by the Supreme Court in the case of Roman Catholic Diocese of New York v. Andrew Cuomo. The argument of the plaintiffs, in that case, was that closures of a church while businesses were allowed to remain open, albeit with limited capacity, was inconsistent and therefore unconstitutional.

All that being said, when it comes to the viability of vaccine mandates in a healthcare setting, our belief is unequivocal: we support them for ALL medical professionals and personnel. In addition, we exhort hospital systems to apply their own “reasonableness” test to implement and defend, them.

In short, you pursued careers to help the vulnerable and suffering, and we believe COVID-19 vaccination requirements help you do that most effectively.

When it comes to controversy and demonstrations, we believe in a strategy of listening, learning, and attempting to defuse tension. Roll the mandate out over time, in an organized way, and above all be consistent in your application of these mandates. Be prepared to take criticism – but DON’T back down.

It’s the right thing to do – and not just because it keeps people safe. From a marketing standpoint, your brand is built on consumer trust, and the last thing you want is for the vulnerable and suffering that you’ve committed yourself to protect to feel fear over the likelihood that they will contract COVID from someone within your institution. It’s that sense of trust that will help you preserve brand equities as you’re moving forward – especially if other health systems cave in, and lose out on that equity.

On behalf of all of us at Smith & Jones, THANK YOU for building the strong, robust organizations you have, and remember, history – and reason – are on your side.