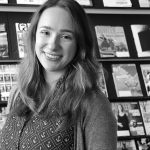 As this year is wrapping up, we wanted to take a look back at some of our favorite advertising from hospitals and health systems. When healthcare marketing starts to look similar and say the same things, organizations need to be creative and even a little edgy to stand out from the crowd. Here are our top five favorite attention-grabbing ads of 2019 that can serve as inspiration for your next campaign.

1. The Hospital for Sick Children (SickKids) – SickKids VS. The Greatest Challenges in Child Health

SickKids, a children’s research hospital in Toronto, Canada, launched their ambitious “SickKids VS. The Greatest Challenges in Child Health” campaign back in 2016 and it’s still going strong. Their current campaign drives to a landing page looking for 100 monthly donors to help “build the new SickKids.” The videos are extremely dramatic and emotional, featuring children and the doctors fighting for their lives. The current iteration shows children, doctors, and families throughout the hospital with a children’s choir singing Johnny Cash’s “Hurt”, ending each spot on the lyric “I will find a way.”

This video series and campaign explains that there is so much more to Sutter Health than may meet the eye; in fact “it’s a thousand things big and small.” The videos play into the emotional aspect of healthcare, that when you’re sick it’s the little things that make all the difference – like a handwritten card from a nurse. They also talk about the “big” things, like a transplant surgery that saved six lives. To tie back into the local connection, they show scenery from Sacramento and the Bay Area.

Northeast Georgia Medical Center created a variety of videos to highlight some of the reasons people should “Choose NGMC.” What stood out about this campaign was the clean and simple landing page. The header is a video that fills in “Choose [ Blank ]”: Choose Trust, Choose Home, Chose Healing. Above the fold features prominent buttons that allow users to search providers, services, or locations. Below the fold, you can watch the main campaign video, which then autoplays the other videos expanding on the “choose” themes.

4. Adventist Health – Inspired by You

Another emotional campaign, Adventist Health’s “Inspired by You” video series uses realistic imagery of people from all ages and walks of life: the people that inspire the doctors and nurses at Adventist. Using a combination of slow-motion video and still imagery, and very few shots of doctors, hospitals, or medical equipment, it comes off as very genuine, and stands out from competing healthcare ads which are focused on location (ie, the hospital). Though much of the footage is most likely stock, they do add a nice personal touch by featuring a real provider at the end and include their name in the title of the spot.

Finally, to round out this list, we’d like to feature a campaign near and dear to our hearts, not just because we helped produce it, but also because it’s a great example of how advertising can actually have a positive impact in a community. Arnot Health, a three-hospital system located in rural Upstate New York, rebranded this year and debuted their new tagline “It’s what we do.” A series of TV spots featured not just doctors and nurses but other hardworking “local heroes” including childcare teachers, local small business owners and firefighters. Instead of elevating only doctors, they leveled the playing field to celebrate all the unsung local heroes that make their region so special. The spots received praise from community members and resulted in increased net income for the hospital system within the first two months of the campaign.