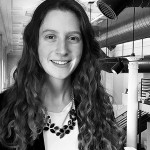 A blog series giving you an inside look at our top three hospital marketing trends for 2018. Here’s our third trend!

Native advertising can be a tricky concept to grasp, but one that you shouldn’t let slip by. Simply put, native advertising is any form of paid media that is generally non-disruptive, meaning that the ad experience is very natural, mimicking the form and function of the environment in which its placed (Facebook, Instagram, Pinterest, etc.). So for users scrolling through Facebook, a native ad appears just as a regular post would. For users reading a blog, you’ll often see ‘sponsored content’. Both are contemporary formats for native advertising.

How effective is it, you ask? According to the Native Advertising Insititute, “Next year (2018), TV advertising will no longer account for the majority of advertising dollars spent in the United States. Digital advertising has taken over a significant chunk of a very large pie.”

Why is native advertising such an important part of your marketing strategy?

Inc. found that “70 percent of individuals want to learn about products through content rather than traditional advertising”. People are tired of interruptive advertising and passive promotion, they’re more interested in active conversation, which native advertising helps to create. Think of new mothers, they’re likely in need of advice, but they don’t necessarily want to be interrupted by it.

Social media platforms like Facebook and Twitter are places where native advertising really thrives. There’s a seamless transition between social posts and the advertisement itself, opening the window to increased engagement. Native advertising also has its claws in mobile advertising. The President of Sharethrough, Patrick Keane recently said that “native is the only viable advertising solution for mobile”. The space on your mobile screen is already limited, there’s no room for banner ads and interruptive advertising.

Native advertising creates an environment where you and your patients can build trusting relationships. Between higher engagement and increased content shares, you’re going to want to be in the know for all things native!

To find out more about our emerging trends, download our “2018 Healthcare Marketing Trends Playbook” here!