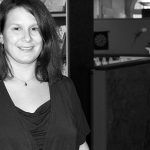 I read a piece of research the other day in which people had been asked which media they preferred to receive advertising through. The answers were pretty much what you’d expect.

After reading it, I thought to myself “Given this information, should we expect an advertiser to tailor their media mix to these preferences?” That’s a tempting idea. After all, couldn’t we expect that our advertising would be more effective if we deliver it in the media people prefer?

I don’t think so. In fact, I think tailoring your media mix to what consumers want is an almost certain way to reduce your effectiveness. Here’s why.

Let’s think for a moment about people’s relationship with advertising. Most people (including many of us who make our living as marketers) ignore as much advertising as possible. We fast forward through commercials, throw direct mail in the trash and use ad blockers on our iPhones. These behaviors are why more than 50 percent of digital ad impressions are wasted. Given the choice to consume advertising or eliminate it, most people would choose to eliminate it.

So when people are asked through which channels they prefer to receive advertising, the question they actually answer is something like “which advertising channels are easiest to ignore?” And that’s why the answers you get are things like direct mail, which can be checked once a day (or less), sorted through in the driveway, and trashed before it even gets in the house. That’s why you hear an interruptive medium like television, in which ads get in the way of something engaging like Monday Night Football or This is Us.

My guess is that the question the researcher wanted to ask was something like “which media formats are most effective in changing your mind?” But they didn’t ask that question because, of course, we can’t expect people to give us useful answers. People simply don’t know what changes their mind. We’re not aware of all the little adjustments our worldview experiences in a day, much less how those adjustments come to us. To quote David Ogilvy, “People don’t think how they feel, they don’t say what they think and they don’t do what they say.” That’s why finding out what works in advertising is better done through aggregated historical data from researchers who study this kind of thing.

Henry Ford is famously quoted as saying “If I had asked people what they wanted, they would have said faster horses.” But instead of spending his time finding ways to make horses run faster, he built the Model T, giving rise to a seminal American industry, a cultural icon, and massive leaps forward in human mobility. None of which would have happened if he let his customers set the direction of his business. Our customers aren’t looking to help us win their attention. Far from it. They’re looking to relegate our message to the lowest possible interruption in their lives. That’s why, when we evaluate research, it’s critical to apply intelligent, experienced interpretation. If we want to change what people believe, we have to find the best ways to do that ourselves.